Princess Zange is sick and requires a dinosaur scale for a tea remedy, but King Rexxtopher is fiercely against the Warriors stepping foot inside his Dinosaur Kingdom to get it. 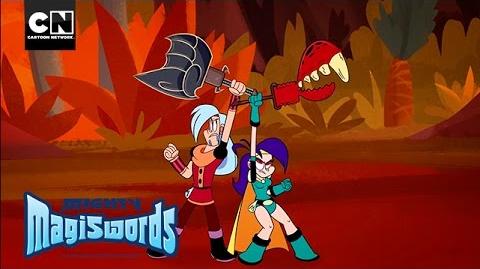 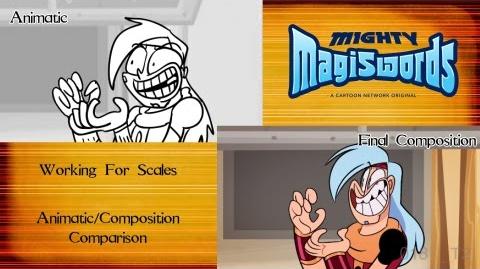 Behind the Magiswords Working For Scales
Community content is available under CC-BY-SA unless otherwise noted.
Advertisement