Witchy Simone joins Witch Way, but Gateaux is the odd cat out so he hires the Warriors to break up Witchy Simone and Morbidia and defeat a mission that has King Rexxtopher hopping mad! 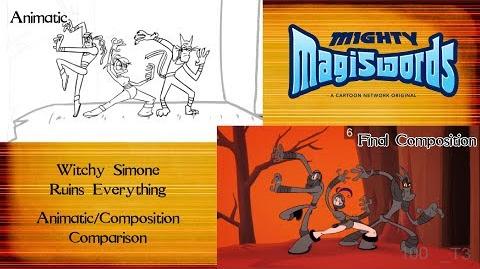 Behind the Magiswords Witchy Simone Ruins Everything
Community content is available under CC-BY-SA unless otherwise noted.
Advertisement