Warts and All is the twenty-first episode of the second season of Mighty Magiswords, and the seventy-third episode overall. It is available to watch on the Cartoon Network website as of August 23, 2018. It aired in the United States on May 6, 2019.

Witchy Simone accidentally turns Vambre into a frog and Prohyas and Witchy try to change her back. 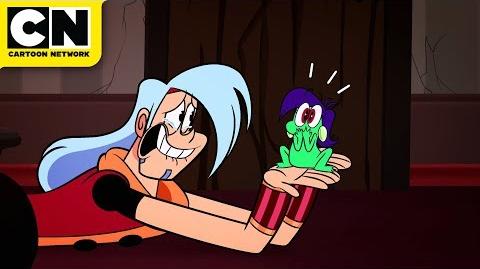