"Warriors for Hire" is the eleventh short of Mighty Magiswords and the first 5-minute short of the series, as Cartoon Network commissioned a full fledged series that premiered September 29, 2016.

Prohyas demonstrates the Mummy Magisword to the audience and captures Robopiggeh by mistake. The two have an awkward chat.

Vambre Vlogs About Magiswords As Well

Vambre displays the Retractable Ladder Magisword but gets knocked down on the ground when the ladder retracts back to her. She asks Prohyas for a cold cloth. 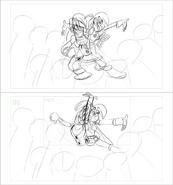 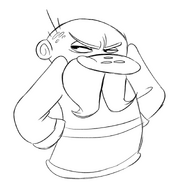 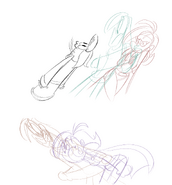