Vambre's Guilty Pleasure is the tenth episode of the second season of Mighty Magiswords, and the sixty-second episode overall. It was first aired in Australia before airing in the US. It aired in the United States on May 11, 2018. 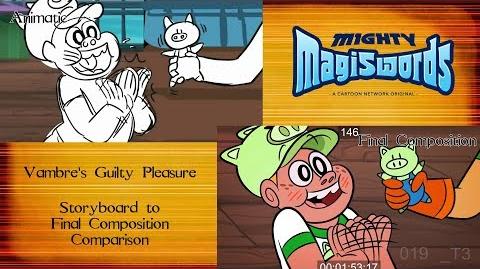