Warriors for Hire (at times)

Warriors for Hire (at times)

Vambre's Brain is the anthropomorphic brain of Vambre Warrior and a recurring antagonist who debuts in the Mighty Magiswords TV series episode "Squirreled Domination". She is voiced by Candi Milo.

Her appearance is similar to that of a regular brain but with green eyes, a mouth and earrings similar to Vambre's.

Vambre's Brain, in contrast to Vambre herself, is openly loud, rude, sarcastic and selfish. She frequently ridicules Vambre for what she perceives as a lack of common sense, and often provokes her into making self-centered decisions. She is not above putting others in harms way if it'll benefit her and Vambre, or even at times Vambre herself. Unlike Vambre's English accent, Vambre's Brain speaks in a Mid-Atlantic accent. In fact, the only thing Vambre and her Brain genuinly have in common is a love for Veronica Victorius novels.

In the episode "Squirreled Domination", Vambre's Brain finds her pathetic due to her fear of squirrels. When Vambre blames her for her phobia, she comments that her hangups on are her responsibility, whereas her Brain's only job is to tell her when she is hungry. At the end of the episode, she became annoyed when it revealed that Vambre was still afraid of squirrels.

She finally has more of a role in the short named after her. Due to Vambre breaking night by binge-reading Veronica Victorious books, her brain forcefully wakes her up to continue reading. Prohyas tries to wake her up by insulting Veronica Victorious. This causes her brain to try to mock and kill Prohyas until Prohyas finally uses the Sleeping Dragon Magisword on her to knock her cold. 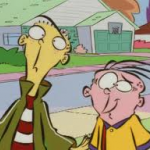 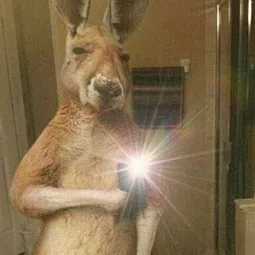