They See Me Rollin'

The tiny Kotassians hire the Warriors to exterminate two humongous Trollblins that have invaded their village, but it turns out that the Trollblins are actually nice guys, and the Warriors switch sides to protect them in a Kotassiam/Trollblin War. 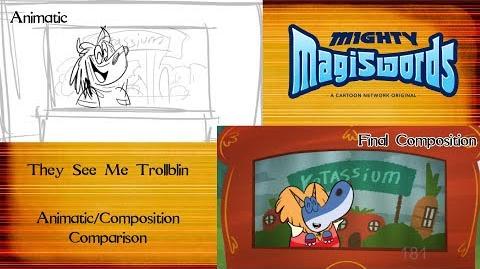 Behind the Magiswords They See Me Trollblin
Community content is available under CC-BY-SA unless otherwise noted.
Advertisement