A botched rescue attempt damages their robot pal, RoboPiggeh, and Vambre and Prohyas must battle the evil cyborg, Tara-Byte, in Galacton, who is determined to dismantle their broken pal for being obsolete.

Before his "Good Times" tour, Micky Dolenz (voice of Wendell the Love Grub) recorded his lines for the episode remotely in New York. 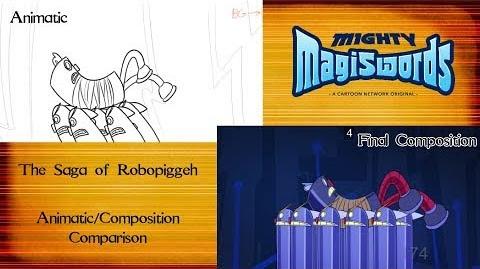 Behind the Magiswords The Saga of Robopiggeh
Community content is available under CC-BY-SA unless otherwise noted.
Advertisement