The Lanolion Sleeps Tonight is the twenty-sixth episode of the second season of Mighty Magiswords, and the seventy-eighth episode overall. It is available to watch on the Cartoon Network website as of August 23, 2018. It aired in the United States on May 8, 2019.

Bimm and Familiar shadow the Warriors on a mission in the Sheepy Jungle, but put under such close scrutiny, the Warriors find that they're unable to be themselves! 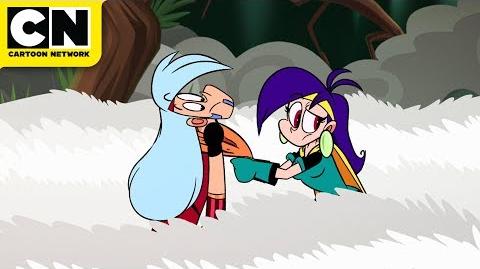