Team of Broccoli is the thirteenth episode of the second season of Mighty Magiswords, and the sixty-fifth episode overall. It premiered first on Cartoon Network Southeast Asia before airing in the US. It aired in the United States on May 16, 2018.

The Warrior Family's broccoli crop is stolen and the Warrior and Danelda team up to track it down underground. 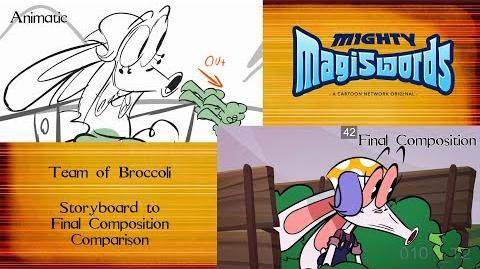 Behind the Magiswords Season 2! Team of Broccoli!
Community content is available under CC-BY-SA unless otherwise noted.
Advertisement