Surely You Jest-O is the fourth episode of the first season of Mighty Magiswords, and the fifth episode overall. It premiered on October 13, 2016.

The Warriors think that house sitting for Omnibus is boring work. 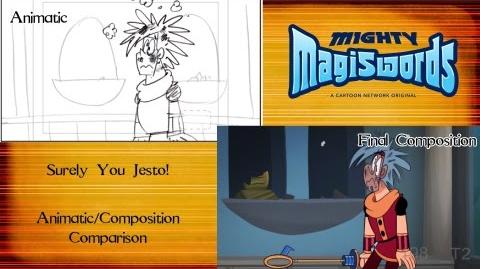 Behind the Magiswords Surely You Jesto