Suitable Armor is the fifth episode of the second season of Mighty Magiswords, and the fifty-seventh episode overall. It was premiered in Australia on March 9, 2018 before airing in the US. It aired in the United States on May 4, 2018.

A veteran warrior insists that Vambre is underdressed for battle and takes it upon herself to garb Vambre in armor as Prohyas fights the beast solo without armor. 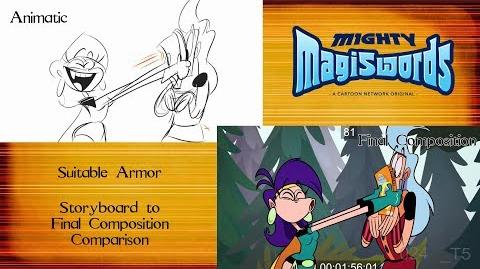 Behind the Magiswords Season 2! Suitable Armor!