Alvinnn! and the Chipmunks: Sister Act

When Phil the Pilferer steals the Golden Broomstick Magisword Award intended for Witchy Simone's famous younger sister, Witchy Sparkles, the Warriors lead the search in getting it back.

Magic Teamwork Combo (Kick him in the curb) 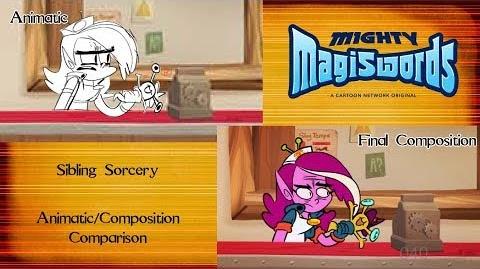 Behind the Magiswords Sibling Sorcery
Community content is available under CC-BY-SA unless otherwise noted.
Advertisement