School's out for Summer

School's In, Oh Bummer! is the forty-ninth episode of the first season of Mighty Magiswords. It was released in the Cartoon Network website in December 8, 2017, it aired in Cartoon Network Phillippines and Southeast Asia and aired in the United States on April 22, 2018.

It turns out that Vambre and Prohyas didn't graduate the Adventure Academy after all and need to go back to school earn their diplomas. 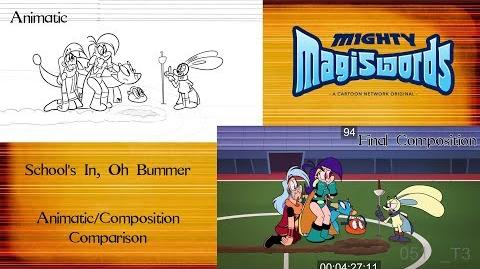 Behind the Magiswords School's In, Oh Bummer
Community content is available under CC-BY-SA unless otherwise noted.
Advertisement