A battle with Man Fish the Fish Man leaves Warriors For Hire HQ in shambles, so landlord, Mr. Pachydermus, has the Warriors repair the damage, but without Magiswords. 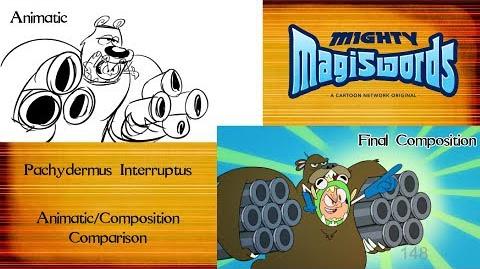 Behind the Magiswords Pachydermus Interruptus