Manlier Fish the Fishlier Man is the twenty-fifth episode of the second season of Mighty Magiswords, and the seventy-seventh episode overall. It is available to watch on the Cartoon Network website as of August 23, 2018. It aired in the United States on May 8, 2019.

With the help of a conch shell genie, Man Fish upgrades himself in various ways to defeat the Warriors. 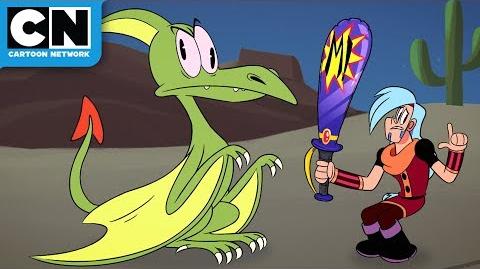