Lindsay Marie Smith-Carrozza (born April 9, 1985) is an American cartoonist, character designer and voice actress who is one of the lead character designers for Cartoon Network's Mighty Magiswords. She is also the wife of Mighty Magiswords' creator, Kyle A. Carrozza. She also provides the voice of Witchy Simone in the series, debuting in the short "Identity Theft". She also voices Lady Hiss who debuts in the episode "Cleanliness Is Next to Grupliness".

Prior to her work on Magiswords, she also contributed on creating a webcomic Daisy is Dead from 2003 up until approx 2014. 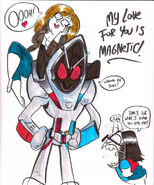 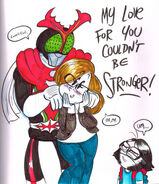