After an impish weather gnome sends the Warriors and friends on a competitive quest, it threatens the group's fight against a conjured monster. 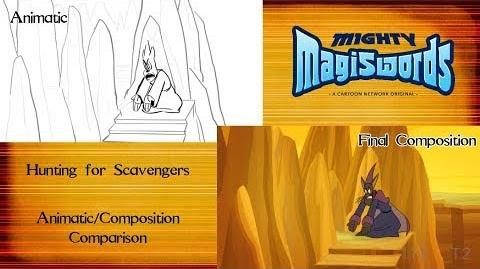 Behind the Magiswords Hunting For Scavengers