Prohyas pets an unsightly stray dog, and, from that moment on, the poor pooch appears on a variety of Warrior missions, driving Vambre insane. 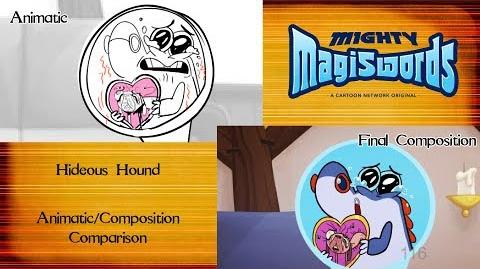 Behind the Magiswords Hideous Hound
Community content is available under CC-BY-SA unless otherwise noted.
Advertisement