Helping Cattus Help is the twentieth episode of the second season of Mighty Magiswords, and the seventy-second episode overall. It is available to watch on the Cartoon Network website as of April 29, 2018. It aired in the United States on May 24, 2018.

The search for a mythical creature gets rather metaphysical when the equally elusive Cattus' assists the mission. 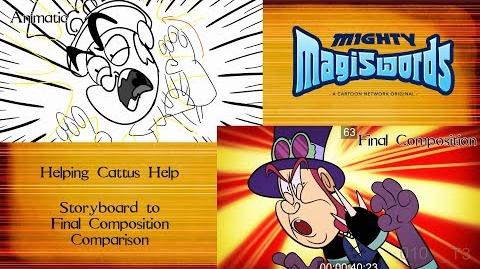