Ghosthaste is the thirty-sixth episode of the second season of Mighty Magiswords, and the eighthty-eighth episode overall. It is available to watch on the Cartoon Network website as of August 23, 2018. It aired in the United States on May 15, 2019.

Vambre becomes enamored of a poltergeist within Ghost Magisword and Prohyas must save her before his sister becomes a ghost herself! 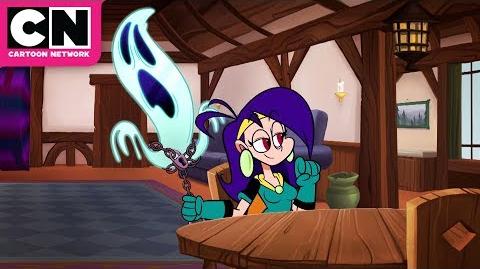 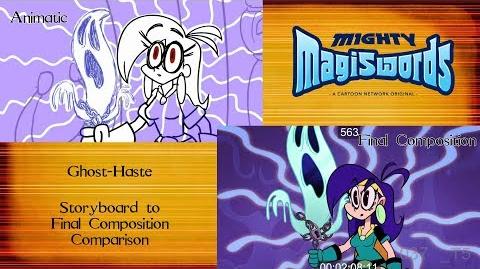 Behind the Magiswords Season 2! Ghost-Haste
Community content is available under CC-BY-SA unless otherwise noted.
Advertisement