Forever a Fishstick is the twenty-ninth episode of the second season of Mighty Magiswords, and the eighthty-first episode overall. It is available to watch on the Cartoon Network website as of August 23, 2018. It aired in the United States on May 10, 2019.

After a misfire with Fishstick Magisword, Prohyas copes with completing Warrior missions as a fish stick! 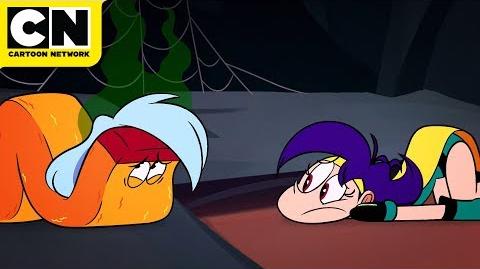