Dunkadelic is the seventeenth episode of the second season of Mighty Magiswords, and the sixty-ninth episode overall. It is available to watch on the Cartoon Network website as of April 29, 2018. It aired in the United States on May 22, 2018.

After suffering trauma from being the dunk-ee in a dunking booth, Prohyas has trouble getting through the dunk based traps in Man Fish's lair. 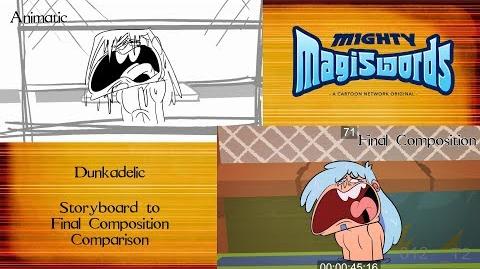 Behind the Magiswords Season 2! Dunkadelic
Community content is available under CC-BY-SA unless otherwise noted.
Advertisement