A run-in with Phil leaves the Warriors in debt, so they take day jobs at Slugburger and sling Slugburgers for Witchy Simone! 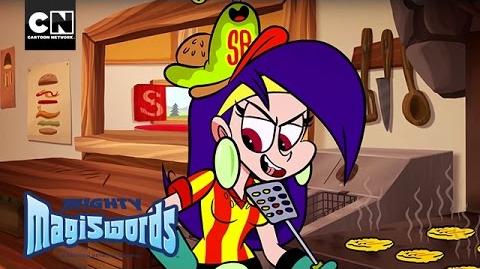 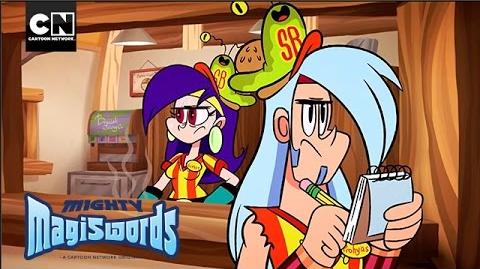 FULL EPISODES OF MIGHTY MAGISWORDS ARE ON THE CARTOON NETWORK APP! DOWNLOAD FOR FREE! 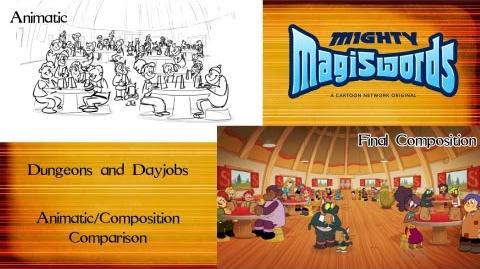 Behind the Magiswords Dungeons and Dayjobs
Community content is available under CC-BY-SA unless otherwise noted.
Advertisement