Docky & Buford's Decidedly Pathetic Adventure is the forty-eighth episode of the first season of Mighty Magiswords. It aired in Cartoon Network Asia in September 17, 2017 and aired in the United States on April 15, 2018.

Docky Boardman and Buford want to beef up business for the Rhyboflaven Boardwalk, but in their hunt for a new attraction, they get eaten by a mammoth-sized Ramblyboo and its up to the Warriors to get them out. 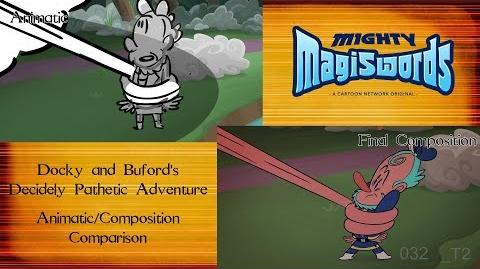