The Mysterious Hooded Woman hires the Warriors to retrieve the Orb of Sphericity from a temple in Galacton. The odd thing is, this temple has save points! When the Warriors are defeated, they respawn, but Vambre remembers what happened and Prohyas does not. 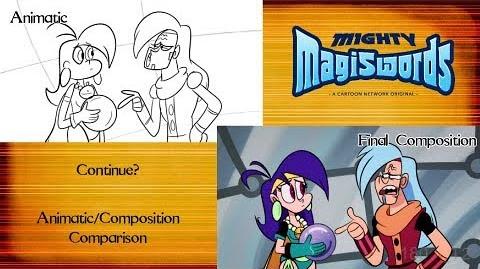 Behind the Magiswords Continue?
Community content is available under CC-BY-SA unless otherwise noted.
Advertisement