An epic battle between Vambre and her Waffle Magisword and Prohyas’ Pancake Magisword escalates to a war that can only end when Grup solicits his Cave Weirdo pals to be peacemakers. 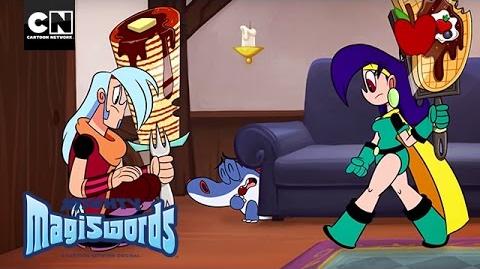 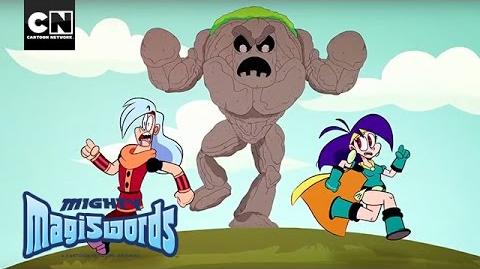 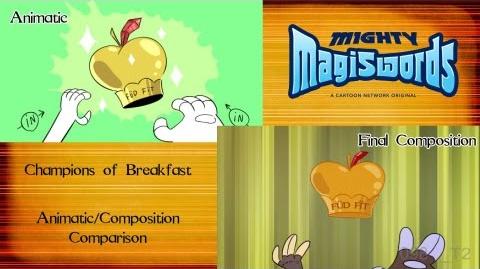 Behind the Magiswords Champions of Breakfast