Bad Heir Day is the forty-seventh episode of the first season of Mighty Magiswords. It was aired on Cartoon Network Philippines in September 3, 2017 and aired in the United States on April 15, 2018.

Princess Zange's Autostyle Magisword is stolen and it's up to the Warriors to retrieve it so their royal leader can face her subjects without bad hair. 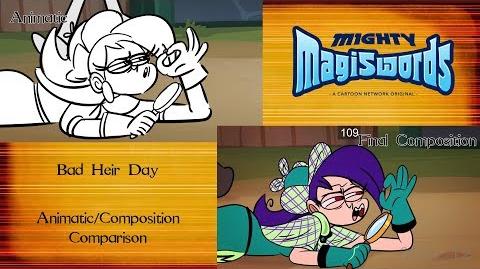 Behind the Magiswords Bad Heir Day
Community content is available under CC-BY-SA unless otherwise noted.
Advertisement